Do ACL Allografts Fail due to Rejection?

by Steve A. Mora MD and Josh Perese B.A.

The tearing of the anterior cruciate ligament (ACL) is, by no means, a novel injury to the world of sports. Forty years ago this particular injury meant an early retirement for an athlete. In today’s world, however, many patients may be able to return to play after a ACL reconstruction [1]. Today, operative ACL reconstruction is an accepted treatment for persistent instability following an ACL tear.  Reconstruction of the ACL with a graft restores the mechanical function by attempting to recreate the anatomical structure and functionality of the ACL[2].

A valid concern of many modern day athletes is the likelihood of ACL reconstruction failure. The two most common types of ACL reconstruction grafts are autograft ACL reconstruction and allograft ACL reconstructions. Currently there are no synthetic graft options.  Autografts involve the harboring of the necessary tissue from another anatomical site of the patient. Allografts involve obtaining the necessary tissue from tissue donors. Although recent literature has yielded mixed outcomes comparing the efficacy of the traditional autograft to the relatively new allograft. Use of allografts has continued to significantly increase in recent years [2]. Allografts allow for reduced operative time, reduced surgical pain and theoretically less risk of post-operative stiffness.  Given the widespread usage of allograft tissue, research has focused on graft incorporation and healing.  Because of this, it seems necessary to delve into one of the most common question asked by patients:  Will my body reject the foreign cadaver tissue?

The short answer at this time is no, the allograft will not fail because of immune response such as what is seen with organ transplants [3].  It may fail for other reasons but not from a overt immunological rejection.  Although the patient is receiving foreign tissue as a graft, it is common during tissue preparation to remove the extra cellular markers that result in an immunologic reaction[2]. It is for this reason that fresh or non-processed tendon grafts are not used in ACL reconstruction.  The most common methods used to process and remove the host tendon cells includes freeze-drying, gamma-irradiation, and chemical sterilization [2]. Each of these methods effectively removes extracellular markers (cells) that prevents the patient’s immune system from attacking the allograft.  This is not to say that cadaver grafts do not have any immune response, nor is this article saying that allografts do not fail. Some studies have shown that allografts may still illicit a low-level immune response that is not significant enough to result in acute allograft rejection [3]. Allografts may fail for a number of reasons, but the important message is that it is not because of a transplant rejection response. 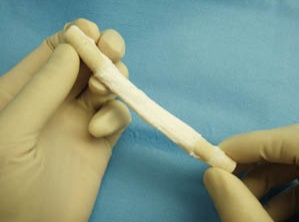 Example of a freeze dried ACL bone patella tendon bone allograft ready for use.  The graft has been processed to remove tendon cells which are known to be responsible for transplant rejection.

The mechanism of ACL graft failure is multifactorial.  One of the known reasons for ACL allograft failure is premature return to sporting activities [2]. This may occur due to a occult or limited immune response that may delay healing of the graft.  It may also occur because the allograft patient initially feels less pain and will want to progress faster through rehab.  It is for this reason that patients who undergo ACL allograft reconstruction have to be reminded to slow down.  Longer healing rates of greater than 6 months have been reported with allografts.  The take home message here is that ACL allografts are safe and effective for restoring knee stability.  One of the keys to success is to take your time with recovery and not rushing to return to pivoting sports.  If your intention is to return to high level sports as soon as possible a better option for ACL reconstruction is to use a bone patella tendon bone autograft. 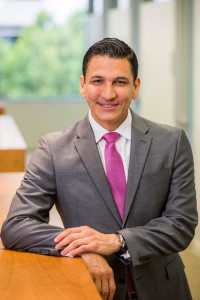